News-Press Success Story: Stevens Construction, expansion helped during the recession Being diversified and growing into other markets helped company stay in business

Home/Uncategorized/News-Press Success Story: Stevens Construction, expansion helped during the recession Being diversified and growing into other markets helped company stay in business
Previous Next

News-Press Success Story: Stevens Construction, expansion helped during the recession Being diversified and growing into other markets helped company stay in business 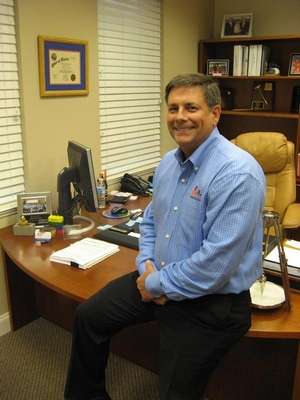 He “really didn’t have an interest in doing those types of projects and really wanted to come back home to Fort Myers,” Stevens said.

He worked for a local general contracting company for 14 years. And when he could go no further within that company, he opened Stevens Construction Inc. in July of 2004.

Stevens Construction specializes in construction management of commercial and health care construction. It works with clients every step of the way — from planning to zoning to design and construction.

“We like to take their hand at that point and guide them through the entire process,” he said.

He said the more challenging aspects often happen before construction. Some of the upfront challenges are making projects financially feasible, understanding project timelines, and going through the zoning and permitting processes.

At one point, the recession caused the business to fall from about $30 million worth in construction to about $9 million. And in late 2007 through 2008, it went from 30 full-time management employees to 12. Salaries weren’t cut, he said, but raises weren’t given either.

So Stevens said the company had a decision to make. It could work only locally and bring in stagnant, minimal revenues, or it could expand to other markets and continue to grow.

Overall, Stevens Construction has grossed $11.6 million in sales year to date compared to the $8.6 million collected for the same period in 2012, which is a growth of 34 percent year over year. The company’s projection is to gross $26 million in 2013, which is a 69 percent increase to 2012.

In fact, Stevens brought in two long-time employees as partners in the company this year to help with their career growth and the company’s succession plan.

He said the company started turning around in the past two years and it really saw that progress financially last year. It now has about 40 full-time employees. Locally, it recently landed an about $15 million new hospital project and an about $6 million rebuild of a car dealership – among other projects in its Orlando and Tampa markets.

Scott Moore, vice president of operations for Shell Point Retirement Community, said Stevens Construction has done a lot of work for the retirement community. And because it specializes in health care, he said the company is more sensitive to its clients than other construction companies have been.

In addition, Moore said Stevens is invested in the community’s projects. He is more interested in building long-term relationships with clients than just making money.

As for Stevens, he said the recipe for success and gaining repeat clients is to be fair, to be honest and to do what one says he or she is going to do.

Be surrounded by the best team. Their talent is the company’s success.

Be fair and honest. These qualities are beneficial to business, and Stevens Construction has received a lot of business from clients who’ve worked with companies that weren’t fair and honest.

Do what you say you’re going to do. Be accountable.